Between the surreal to the impossible

The services are there but they are not there. How can it be explained?

It’s like going into a Starbucks and ordering a coffee and getting Cha tea. The services are there, but then when you complain, nobody understands you. And although it’s an American or English company, people are placing resistance.

And it’s not only communication, it is the way China is doing things, with a certain degree of old fashion manner and incompetence. Too afraid to ask, since for generations they have been under communist control; opinions are rare and far between, unless you have money and can afford the risk of opening theirs mouths. Stupidity can be from not asking, to sincerely not knowing procedures. They are not taught to think for themselves, only to follow orders. The few that think are the lucky ones. They will possibly get out and be more successful. 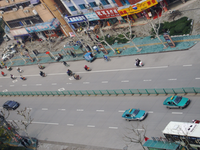 A system not based on creativity; however, it’s more on memorizing procedures without asking. Fear is in their eyes, I know, I have seen it! The Westerner will be argumentative, always asking. They cannot. The papers and procedures are simply mannerisms outdated since the 1950s or 60s. Why? When you have the best doctors and scientist in China, it is going back into their history, not questioning, just following authority.

Sacrifice for one’s country, the homeland. You go into one store and you are told one thing and go into another, and afterward told an entirely different story. What’s happening to China, this is what goes on and nobody understands why. The government has to know, if foreigners are coming and we are here to stay, they need to be able to adapt to England and America, while all foreigners must adapt to China. Most often, you find too many distorted stories. Frequently it happens to China in business.

Everybody is doing business, but nobody is doing a thing at the same time. I often notice employees on the “QQ” or chat system in China. This person is smiling, but not at the pleasure of their work. They are just following orders in a mechanical way.

Customer service away from the western world

Procedures that are the most common with any Western Union around the globe can be hassling. Take my story. I wanted to send $243 home. Most Western Unions take the money and just automatically convert it to the exchange rate. Soon the money is sent and electronically in less than 30 seconds the procedures is over. Not bad! Not even painful. They sent me from the bank up and down the stairs to the Western Union over and over again. I did about four trips, thinking I would loose my mind! I was given so many papers for a simple conversion. The Bank Manager didn’t even know the conversion rate. Sadly, I wanted to teach him, but too ignorant to take risk and too scared to do, we had to come back the following day. What a bloody mess!

So it was day number two. Coming back to the grind, we had to bring a Chinese national. And with our escort, they told us to come back tomorrow. The third day and another two hours later the money was sent out! But, believe it or not, while we learned the procedure and did it all, it took me and my friends close to three-days. Opening a bank account is harder. If your name is too long on the passport and it doesn’t fit, you must give-up until somebody figures it out or go to another bank where an employee can think for themselves and do it.

The country is loosing money with these hassles. Too many procedures and constant changes of rules will cost the country money with foreigners. Sometimes the feeling is so bad, it’s better to walk out.

Not wanting to adapt to foreign business, here is where money will be lost. Asking a business professional that has come from so far way to get a national person will anger even the noblest of souls. Like in any business, “time is money”. For a country that is still trying to open up, it will need another 20 years to solidify and become greater!

Something that needs to change soon, either the country is capitalist or communist, even this is confusing. But worse of all is the 1950s and 1960s mentality that many Chinese still have. It’s confusing for a foreigner, confusing even more for a Chinese person. Now here changes are taken slowly. 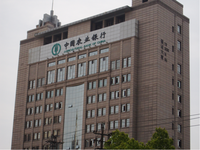 About transactions at the bank, the funny thing is that in all procedures they loose money. That 1 percent is flushed down, because they didn’t do the conversion properly from 6.8 RMB to the US dollar. They lost about $10 in the transaction, because they actually benefited me. No complaints from me to the Agricultural Bank of China, by the way, all foreigners let us not all at once run to this bank for the same benefit! They are already confused as it is!

Western Union lost another $57. They actually added money benefiting my transaction to $300, instead of $243. No complaints again on my behalf. And last but not least, it was China Mobile. They lost 1,500 RMB because of bad or incorrect procedures. If this happened somewhere in the States or England, it would have been the employees’ hid or the professional’s job. Imagine that same procedure is $1,000,000 and the bank looses 1 percent every time: that’s a total of $10,000.

What's next for China?

Although, it’s a country that can frustrate you, China is a place that can benefit the foreigner that wants to take advantage of the situation. It is what it is! Waking-up and realizing that China needs to get fast into the Global game and market: with change of attitudes and procedures.

Government needs to start understanding when something is stupid and outdated, and allow the people room to think for themselves. Is there a purpose in all of this? Maybe there is a better system out there that can help China. It’s all a matter of looking ahead and accepting changes for the best.

Never pretending that China stops being China, it is just better way at what they have been doing previously for the past five-millennia. Here is the ingenuity of a people to work hard, struggle and progress through the good and the bad; that’s China, leaving out the politics.