Here are 5 things to think about

If you’re thinking about a move to France, whether it’s for a job or to retire, you probably already have a location in mind (at least as far as which region you like best), but before you can get down to the fun bit of looking for your first home abroad, there may be a few other things on your mind.

How long does it take to get a social security number? How will I know if the local school is any good? Is there an english-speaking doctor nearby? And how would I go about finding answers to my questions?

Forums were okay for getting the opinions of fellow expats already “on the ground”’ in wider France, but they often left me with far more questions than answers. Guide books offered a wealth of information, but much like forums they were often slightly out of date and didn’t give me individual answers specific to my circumstances.

When my family and I moved to France it was “the specifics” that kept me up at night; how on earth was I was going to manage it all without being able to speak French? Google Translate kept embarrassing me as it couldn’t deal with specific local terminology, provide answers to local questions or even come close to explaining the local ‘system’. But everything changed after a year however, when we were lucky enough to make a bilingual friend who understood the language and the local system.

After living in France for 5 years, I’ve had to find a lot of answers the hard way but it really doesn’t have to be so difficult. In 2014, I decided to totally commit myself to helping other expats skip the embarrassment of Google Translate, trawling through out-of-date forums and the uncertainty of generic guide books. I created Setlr, a brand new way to tap into the local bilingual community to make your first friends abroad.

Undoubtedly, one of the first things you’ll want to do when you get to France is get enrolled in the social security system. As far as “things to do” go, this is a big one! All of my fellow expats got scared by this one because we’d heard that “it’s a nightmare” and “it takes years to set up” but fear not, it’s really not that scary and the reality is, it works really well once you’re in! I’ve actually found the healthcare and social system much better here in France (sorry NHS in England!)

Your social security number covers your health care, family allowances, unemployment insurance and all those essential things. Your employer will need it in order to make contributions on your behalf so that you are entitled to all of these benefits. I felt a lot of pressure to get this one right (not least because I fell pregnant shortly after arriving in France and didn’t fancy receiving a huge medical bill along with a new baby), but where to start?!

What you’re aiming for here is a Carte Vitale. You’ll have to apply for one and it may well take 12 months to arrive but here’s what they don’t tell you: you very quickly get a temporary social security number while you wait. This is valid for 6 months and I had to get a second one before my Carte Vitale finally arrived. 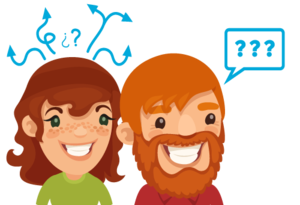 Next on my list was insurance. Fairly straightforward in theory but again probably slightly different to what you’re used to in your home country and it needs to be right for your situation.

For example a ‘Mutuelle’ may not be much of a surprise to expats from the US, it will be completely foreign to expats from the UK. Whilst your social security number entitles you to have your healthcare costs reimbursed, not everything is 100% covered. A mutuelle is an insurance policy to cover some, if not all, of the cost that is not reimbursed by the social security organisation, CPAM.

Different insurance companies like AXA and Allianz will have different levels of cover with the option to increase cover in certain areas. This presents all kinds of questions, notably “Am I getting a good deal?”

You also need to remember that with any type of insurance, even if you do find a reputable broker that speaks english when you call them on the phone or send them an email, you will find that their documents will all be in french. This makes it difficult to be sure about the finer points of the policy and exactly what you are covered for.

If you’re moving with a family as I did, then schooling is going to be high on your list of things to think about. In France there isn’t an OFSTED equivalent (for you UK expats) making it hard to compare schools or know where to look for a house in a good “catchment area”.

In theory the state schools are all of the same standard so this shouldn’t matter too much, but in reality there are differences. You can ask the ‘Inspecteur d’Academie’ of your chosen department for information on the schools before you arrive but this is likely to be in French.

Once you arrive in France and find yourself somewhere to live, you are pretty much tied to the local school designated to your area. It is possible to change with permission from the Mayor of each town (yep, every town has a Mayor here) but you will need a good reason for wishing to do so. Alternatively you can look into the private schools which are much more affordable than UK private schools, and are the only option if you have a religious preference. Most of these have their own website making them much easier to evaluate and compare.

Finally after 4 years in France, with two boys settled in a French school I was ready to start thinking about going back to work. Native English speakers can usually find a job teaching with fairly flexible hours and very little French required. I decided to give that a try and I wanted to make a good impression so I chose to re-write my CV in French. I was confident enough that the majority of my French was correct but I didn’t trust Google Translate to do a good job with the rest - it works for the basics but that’s not good enough with something this important. 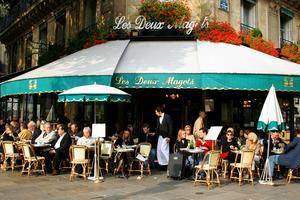 I had heard a lot of things about the French tax system before coming to France and I was pretty daunted by it. The most important things you need to know are that the tax year runs from January to December, in May you complete a tax return for income earned in the previous year, and in August you receive your bill to be paid in September. So if you arrive in France in January you don’t need to do anything until May the following year! BUT remember to be saving as you go because that first bill will be twelve months worth of tax to be paid in one lump sum by September 15th!

Honestly, the tax return still stumps me. We have used a professional tax attorney since the very first year we arrived and I will continue to do so. It’s not just that the forms are in french, but the law changes regularly and I would have no chance of keeping up with the changes.

This article has been submitted by Greg Hamilton