In an increasingly cosmopolitan world, some people say that there isn’t much difference between one place and another when it comes to doing business. There is a lot of movement in between the major cities in Europe; even if it is becoming increasingly rare to meet people who have not studied or worked in another place you still need to be aware of local differences.

Germans - especially those in business - tend to be very well travelled (highest per capita spend on tourism in the world), multi-lingual and have some (or lots of) experience of other cultures and customs. But, just because they know things are different elsewhere, that doesn’t mean they will accept anything. Understanding the Germans, how they think and work - plus a bit of German - can be very important if you want to make any sort of connection beyond a polite conversation.

If you do, you might ask a question about that! Willy Brandt, a former Chancellor of Germany once famously said:

If I’m selling to you, I speak your language. If I’m buying, dann müssen Sie Deutsch sprechen.

This quote is from a few decades ago. Today it’s not always true that you 'must speak German if you’re selling'. But if you have zero German knowledge, try to make sure you at least know the basics in a meeting setting (basic greetings, introductions, thanks, farewell, ordering food/drinks, reading a menu, asking for the bill). The effort will be appreciated.

If you have limited German you might find it hard at the start: here's a video of some Master's students' reactions  to starting studying in Germany.

Stick with it - it’s not impossible! In many situations (two or three German speakers plus you), you might find they end up speaking in English for your sake. Keep on trying.

In the long-term, if you want to maximise your chances of being able to network and do business in Germany, you will need to work on your conversational skills. Some people say it’s not worth the investment and not necessary, others disagree. It depends on who you are doing business with.

When in a meeting and some semi-social business situations, you might need to be more formal than you are used to (this comment is particularly directed at people from the US/UK and some Southern European countries).

Even when speaking in English, you need to listen to how people are introduced. For example, if introduced to someone as Dr. (normally meaning the person has a PhD, not that they will be able to treat you for a nasty rash) plus the surname, address them as Dr+surname, unless/until they volunteer to use first names. Use Herr+surname or Frau+surname if in doubt.

You can volunteer your first name, but don’t insist on getting on first name terms. Try to listen to what is going on with others and avoid being too familiar too quickly. In a meeting with a lot of people, you might be on first name terms with Max and address him as such, but still need to refer to his colleague as Doktor Feldmeier and her colleague as Frau Doktoringenieur Schmidt. 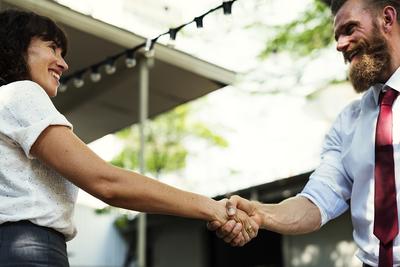 Like in most places, a strong network of contacts is helpful in most areas of business. There are many industry associations, business groups and meetups active in many German cities. Lots of people in Germany use Xing instead of Linkedin, you might find it worth setting up an account there.

Directness is often a virtue

Germans tend to be quite direct. For some cultures this can be quite a shock. One thing that is not appreciated is ‘wasting time’, so it is often better to get to the key discussion points sooner rather than later (always offering the opportunity to examine details). That doesn’t mean you don’t need to be thorough in presenting something, but avoid too much ‘detail’ if not relevant.

Don’t try and push a decision. In many German companies, the approach is to consider a plan carefully - with all the information - and then come to a consensus; normally behind closed doors; maybe including people from their side who are not in the meeting. 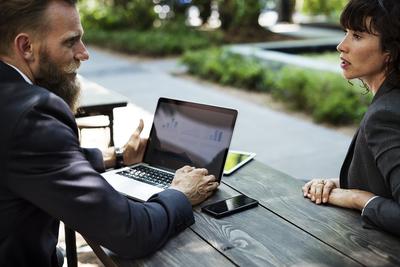 You don’t have to be too worried about causing offense if you are polite and generally show you care. You might make mistakes, but - as a foreigner - you will normally get some latitude to make them.

If you are serious about making a career in business in Germany consider studying at the Frankfurt School of Finance & Management  - it has a range of courses taught in English from undergraduate, master’s, MBA to doctorates. The city is a key centre for international finance, offers a cosmopolitan environment and is a great place to learn about doing business in Germany.