The tax code is constantly evolving and some of this year’s new rules may have a significant impact your tax situation. Below are a few of the most notable additions to the tax code affecting the 2013 tax year.

The Alternative Minimum Tax (AMT) is an alternative “shadow” tax system that was originally created to ensure that wealthy taxpayers do not take advantage of excessive deductions, credits, and exemptions to reduce their tax liability. However, because it was never indexed for inflation, more and more middle-class Americans have been getting hit with it every year, despite Congress’ “patches.” Fortunately, the majority of middle class Americans no longer have to worry about falling victim to the AMT. In January of 2013, the AMT was permanently indexed for inflation.

Prior to 2013, the highest income tax bracket for ordinary income had been 35 percent. That bracket still exists but has a much smaller range. What's new for 2013 is a higher 39.6 percent tax bracket for taxable income above $400,000 if filing as single, or $450,000 if married filing jointly. In addition, for taxpayers in the highest bracket, the tax on long term capital gains has increased from 15 percent to 20 percent.

As part of the Affordable Care Act, new for 2013 is the additional Medicare tax, which adds a 0.9% tax on all income over $200,000 for single filers and $250,000 for those who are married filing jointly. What is unique about this tax is that all of your wage, compensation, or self employment income is subject to this tax, including income that was stowed away in tax efficient savings vehicles such as your 401(k) or 403(b) plans. 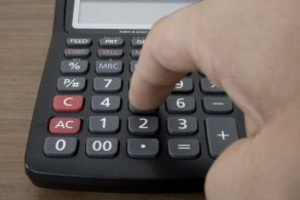 Along with the additional Medicare tax mentioned above comes the net investment income tax, also part of the Affordable Care Act. This is a new tax on interest, dividends, royalties, annuities, and gains from the sale of certain property. The tax applies to individuals whose income exceeds certain thresholds: $200,000 for a single filer and $250,000 for those married and filing jointly. It also can apply to estates and trusts with income over $11,950.

It's now easier to transfer wealth to children. Before a new law was passed in early 2013, the federal gift and estate tax exemption (also known as the “death tax”) was scheduled to drop to $1 million in 2013, which meant that if you gave away more than $1 million dollars—or died with more than that—the excess would be subject to a gift or estate tax rate of up to 55 percent. The federal exemption has been increased and is now inflation indexed, so for 2013 it is $5.25 million ($10.5 million per married couple).

New laws for 2013 specifically for US expats:

The FEIE helps many expats reduce or eliminate their taxable income. For 2013, you can deduct up to $97,600. For 2014, this number jumps again to $99,200. This not only impacts the income you can exclude, but also your available deductions that come as part of the Foreign Housing Exclusion, as the calculation is directly tied to the FEIE.

New for 2013 is the electronic filing requirement for FBAR and the ability to attach an explanation for late filers. However, late or non-filed FBARs can still result in significant penalties and potential prosecution. Remember, if you have foreign financial accounts totaling $10,000 or more at any point during the tax year, you must file FBAR.

If you are behind in filing your taxes, there is still time to catch up. There are 2 official programs which remain available to current US expats: 1) the Streamlined Program and 2) the Offshore Voluntary Disclosure Program (OVDP). These programs do not have a set termination date (meaning one could be set as early 2014), so it is best to take advantage of them while they are still in place.

Beginning in 2014, foreign financial institutions will be required to provide financial account information. Americans who have been filing their FBARs and forms 8938 need not be concerned, however, for those who have not been filing, now is the time to voluntarily disclose your account information or risk being caught by the IRS and/or the Department of the Treasury. Violators may be subject to significant fines and potentially criminal prosecution.

As the dust settles on the healthcare reform debate, 2014 will be the first year in which Americans are required to have healthcare plans that have been pre-approved by the federal government. Fortunately for US expats, all those qualifying for the Foreign Earned Income Exclusion are not subject to this program. This means that if you live in a country with state sponsored healthcare or use only catastrophic or travel insurance, you can continue to keep your plan.

If an expat doesn’t qualify, a penalty may be assessed for tax year 2014 (to be paid in 2015). The penalty for 2014 for failing to have the minimum coverage is thegreaterof $95 per adult and $47.50 per child (up to $285 for the family)or1% of your family income (defined as income over and above the filing threshold). If you move back to the US at any time during 2014, you will need to enroll in an approved plan. You need only be covered for one day in a month to be considered covered for the entire month. Depending on filing status, residency status, income, and taxes levied by host nations, expats are also subject to the Additional Medicare Tax and the Net Investment Tax mentioned in the above paragraphs.

This article has been submitted by the Online Taxman  - experts in expat taxes.