Wherever you go in the world you can find a pizzeria, Asian fusion has taken the world by storm, tapas bars line city streets, but how many people can say they have seen a genuine British restaurant outside of the UK? 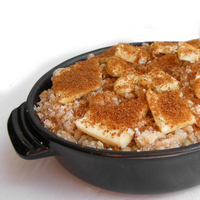 Pubs and beer gardens have been exported galore, but not many people know a lot about British cuisine. In fact, British food has a wide variety of dishes influenced by commonwealth nations and taken from simple home-grown ingredients.

Snacks and smaller meals you will encounter include:

While British snacks are very tasty, the UK also has an abundant choice of hearty and mouth-watering main meals.

The UK is famous for its colonial past. This extends into the present with British colonies exerting a huge influence on modern British cooking. Birmingham is home to the ‘balti triangle’, an area densely populated by balti houses and one which lays claim to the invention of the balti. The balti is a one-pot dish cooked and served in a small wok. Meat and vegetables are cooked in a blend of spices. The balti is just one of many delicious food-stuffs from the Indian sub-continent that are dished up in curry houses all over the UK. Curry is in fact so popular that it has been named a national dish.

People with a sweeter tooth will be interested in some of the delectable puddings that the UK has to offer. The classic ‘crumble’, a type of pie made with any fruit available, but typically apple, plum, rhubarb or blackberry. The fruit is stewed then covered with a crumble made from butter, sugar and flour then baked in the oven. Best enjoyed with thick, hot custard and a glass of milk or cider. For a lighter option summer pudding is perfect. A bread lined bowl filled with summer berries in juices, left overnight then turned out onto a plate. Lovely and cool on a summer’s day. One more dessert that has grown in popularity since its creation by a New Zealander in the 1920s, is pavlova. A meringue base topped with whipped cream and seasonal fruit, usually served during the summer at celebrations or on special occasions.

Though stereotypically a stodgy and somewhat dull cuisine what it lacks in presentational flair it more than makes up for in taste and variety. When moving to the UK, trying the best that British cuisine has to offer is an absolute ‘must’ for the full British experience.