Christmas at the Heritage Inn

Where the paperless go

Tucked between a minivan dealership and an industrial property, on Rexdale Boulevard just east of Highway 27, lies Toronto’s immigration holding centre. Its street number, “385”, is inconspicuously painted on a thin roadside post causing anyone driving at normal speeds to easily miss it.

The “Heritage Inn” unofficially retained the name it was known as during its former life as a cheap hotel. For some foreigners, this facility will be the first, the last, and maybe the only place they will visit while in Canada.

About four years ago, the Canada Border Services Agency took over the property and refitted it to accommodate about 300 detainees. They installed bars on the windows, and in order to create an outdoor recreational yard, they surrounded a part of the parking lot in the rear with three parallel fences, one topped with barbed wire and another with razor wire.

Travelers who arrive in Canada without proper documentation, or who appear to be coming here for a purpose or a period of time other than what they are claiming, or who may be otherwise inadmissible to Canada, may find themselves as involuntary guests of this facility. They will be detained by border officials and trucked there. This will regularly include men, women and young children. When these travelers are sometimes mischievously told they will be taken to the “hotel” free of charge, they marvel at the apparent hospitality and generosity of Canadians. That is, until they find themselves firmly behind bars. 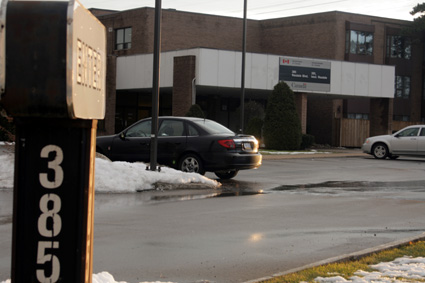 Also detained at this facility are those who are in Canada without status and who are apprehended by the CBSA or by local police for immigration proceedings or for removal from Canada. This could include foreigners who are here working under the table or people who have been asked to leave Canada but who didn’t do so.

Because the Heritage is a “family” detention facility individuals who have a criminal record or those who are facing criminal charges are kept elsewhere.

There is no question that such a facility is needed in order for the CBSA to enforce our immigration laws. Furthermore, detaining children may be the only practical option when their parents have no one in Canada who can look after their children while their immigration matters are being sorted out. Nonetheless, it always saddens me to see young children behind bars, as I did last week when I paid a visit to a detainee and his young daughter. 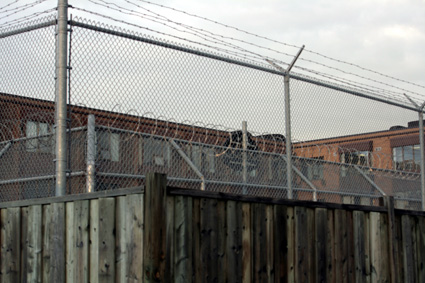 While other children throughout Canada will be spending this holiday season at home eating treats and opening an avalanche of gifts from Santa, my thoughts will be with a little girl, who I hope, but doubt, will make it out of the Heritage by Christmas.

Guidy Mamann practices law in Toronto at Mamann & Associates and is certified by the Law Society of Upper Canada as an immigration specialist. Reach him confidentially at 416-862-0000 or at