Taxes and registering for couples that own a company

If you’re setting up your business as a couple, it’s important to think about how the various financial rights and responsibilities are to be shared. Whether or not your spouse is going to work with you in the business, you must know what your marital regime is and how this affects your various choices regarding the type of business you set up. 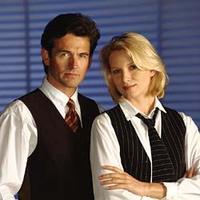 In France, a couple isn’t simply married: there are some half dozen different marital regimes. However, for purposes of setting up a business, the only significant factor is whether you have a communal regime ( communauté universelle) or have elected to keep your respective assets separate ( séparation de biens).

If you marry in France, it’s assumed that you jointly own all assets acquired after your marriage (e.g. furniture and property, and including debts) unless you’ve been to a notaire before the wedding and drafted a different agreement. Anything each partner brings into the marriage belongs to him, and there’s no joint ownership of inheritances you each receive during the marriage; anything you receive from your parents, for example, remains yours and yours alone. If you divorce, the property acquired during the marriage must be divided equally between husband and wife before the divorce can be finalised. If one of you dies, the heirs (usually your children) will become owners of their parents’ property – including a business.

For couples married outside France, a notaire or attorney may be required to determine what marital regime was in effect when and where you were married. Sometimes, this information can be obtained from your country’s embassy or consulate in France; in the US, it varies by state.

To set up most types of business, you must identify your spouse and specify the regime you were married under. Most business registrations also require a sworn statement by your spouse that he’s aware of the business activity, his spouse’s role in it and his own rights regarding ownership interest in the company. If the spouse is buying into the business as well, you don’t need this statement, but in some situations (such as determining whether the gérant of a SARL is majoritaire or minoritaire) you must consider how the investment affects each partner’s rights and options.

It’s also worth considering what would happen to the business (based on the marital regime) if you split up or if either, or both, of you dies. France’s inheritance laws can cause some bizarre situations, particularly regarding the inheritance of shares in a business. If the business is one in which all owners must be qualified in the profession (e.g. lawyers, doctors, hairdressers, pharmacists), it can happen that, upon death or divorce, the non-professional spouse has the right to a financial interest in the business, but cannot legally own the interest and so must be ‘bought out’, which may not be easy or even possible. In a different sort of business, the surviving or divorced partner could simply take possession of his shares and live off whatever income they generate. The complications of attempting to set up a business while in the throes of a divorce don’t even bear thinking about!

You can change your marital regime (and may want to consider doing so before going into business with or without your spouse) if you’ve been married at least two years under your current regime. To do so you must go to a notaire. It takes around six to eight months to change regimes and costs at least € 1,500 plus whatever property transfer fees (usually around 2 per cent of their value) and miscellaneous taxes and other costs (a further 0.5 to 0.75 per cent) apply. You should take professional advice before changing marital regimes.

The role or status of a spouse in a business is another thing that needs to be considered carefully. As usual, you should take professional advice before deciding which status to allocate to a spouse. There are essentially four types of status, as described below.

This is where the spouse is a shareholder, either in his own name or by virtue of having acquired his spouse’s shareholding (except in an SAS). A conjoint associé must ‘invest’ in the company – which may be merely in terms of working for it – but has limited liability. A conjoint associé can also be an employee of the business and/or can be named as dirigeant, gérant or PDG, depending on the type of company. In some forms of company, a conjoint associé can function with his spouse as a co-director or as one of the directors of an SAS and is eligible for the same social insurance cover as an unpaid director in that form of business.

If the spouse works for the company with no pay and no formal recognition (the most common circumstance in small companies in France), he’s considered to have no profession ( sans profession) and receives health benefits through his spouse’s contributions and may be eligible for a reversionary pension after his retired spouse dies. In the case of divorce, he may be able to claim compensation for half of his spouse’s investment in the company (assuming they were married under one of the communal regimes). If one partner dies, the other inherits his portion of the shares held in the company, along with his children. However, if the business has debts and the deceased partner had unlimited liability as manager, all the communal assets are at risk under a communal regime, whereas under a separation contract, only the deceased’s property can be used to pay off the debts of the business.

The government is considering establishing some sort of recognition for conjoints bénévoles, at least as far as transfer of a company is concerned (i.e. the spouse could take it over on the death of his partner if he wished). Until then, this is the most risky status for the spouse.

A spouse who’s unpaid but makes a significant and regular contribution to the business can register as a conjoint collaborateur (collaborating spouse). This status applies only to certain travailleurs indépendents (i.e. commerçants, artisans and under certain circumstances those in the professions libérales). A conjoint collaborateur must be declared (using an attestation sur l’honneur) to the social security caisses with which the business owner is registered, and health and maternity coverage are provided at no additional charge.

A conjoint collaborateur has no rights to state disability or unemployment benefits. He may, however, voluntarily make contributions to his spouse’s caisse for a retirement pension in his own name. The level of social security contributions required depends on the type of business and its turnover, but contributions are usually paid by the business and can be deducted from taxable income, up to specified limits. If you’re in one of the profession libérales, your conjoint collaborateur may be eligible for a particular type of social insurance, which is essentially an extension of your cover.

The main benefit of this status is that the spouse can build up pension entitlements in his own right, making voluntary (and tax deductible) contributions, and the pension entitlement of the business owner, if he dies, reverts to the spouse. However, a conjoint collaborateur mustn’t work in other paid employment for more than 75 hours per month.

As a conjoint salarié, the spouse works as a salaried employee in the business, is paid a salary and makes contributions to the general social security funds (i.e. URSSAF, ASSEDIC and the main retirement funds). The only restrictions are that the employee must be doing a genuine job within the company (e.g. not merely paper pushing) and his salary ‘must not be excessive for the work performed.’

One small catch is that for companies subject to personal rather than corporate income tax (i.e. where the managing director declares the net results of the business as personal income instead of as business profit), the spouse’s salary is fully tax deductible only for spouses married under a separation regime. For couples married under one of the communal regimes, there’s now a limit of € 3,800 for the deduction unless the company is a member of a centre de gestion agréé ( CGA). If the company is liable for corporation tax, the whole salary of the conjoint salarié is tax deductible.