What do you have to pay in France?

The state employee pension scheme – which for non-managers is administered by an organisation called La Fédération des Institutions de Retraite Complémentaire des Salariés and for executives and managers ( cadres) by the Association Générale des Institutions de Retraite des Cadres– comprises basic and supplementary schemes. Contributions are paid by employers and employees and vary with income. 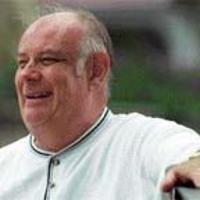 The national retirement insurance fund is the Caisse Nationale d’Assurance Vieillesse (www.cnav.fr ). When you first register with social security, a record is opened in your name and your payments are recorded. Your insured period is determined from your record and periods of absence from work due to sickness, work accidents, childbirth, unemployment and military service are credited for pension purposes.

A full pension is equal to 50 per cent of your average earnings in your 19 highest paid years (earnings are re-valued in line with inflation), which is progressively being increased to 25 years. Basic state pensions are automatically adjusted biannually in accordance with the national average wage.

Most employees contribute to a supplementary pension plan ( caisse complémentaire de retraite), which may be state-funded or private, in addition to the obligatory state pension fund; almost every trade or occupation has its own scheme. If you’re self-employed, however, you may wish to contribute to a personal scheme ( assurance retraite), which operates in the same way as a life assurance policy. This is usually more flexible than a company scheme: you can choose how much to pay in each year and may take a lump sum or an annuity when you retire. A self-employed person must pay around € 2,000 to € 2,500 a year into a private pension fund for a pension that can be as low as € 300 per month. There are various specific pension savings plans, detailed below.

A new pension savings plan is the plan d’épargne retraite populaire ( PERP), introduced by the government in 2003. Funds deposited are ‘locked’ until your retirement, when you must take an annuity, which will be liable for income tax. Ten per cent of your deposits can be deducted from your taxable income (up to a ceiling – initially € 2,920). The only circumstances under which you can get your money out of the PERP before your retirement date are if you must cease your business activity due to a liquidation judgment against the business or if you suffer an invalidity that makes it impossible to exercise your profession, although in some cases it’s possible to recover some or all of the amount in a PERP in the case of divorce, or the death or incapacity of your spouse.

It’s usually possible to stop making payments for a time or to increase or reduce the payments as the situation warrants. At your retirement date, the amounts built up in the PERP are converted to an annuity according to the terms of the contract (e.g. it can be for a guaranteed period or made revertible to the surviving spouse).

The Loi Madelin retirement plans work in a similar way to a PERP. You pay in (usually a set amount) each quarter or month, and when you reach retirement (whenever you decide that this should be), the balance in your account is converted to an annuity, according to the terms of the contract you selected. Contributions up to € 7,130 are tax-deductible, but annuities are taxed. Pensions can also be paid out to spouses or partners.

Life insurance isn’t only a method of ensuring that your dependants don’t starve when you die. In France, at least, it can also be used as a means of saving for retirement. New tax rules are removing many of the tax exemptions previously accorded to life insurance policies. In certain cases, however, premiums are tax-deductible and income from a life assurance policy is taxed at a low rate provided the policy is allowed to mature for at least four years and the fund is redeemed as a lump sum: if you redeem a policy within four years, you pay income tax on the gain at 35 per cent and social taxes at 10 per cent; if you redeem it between the fifth and eighth year, taxes are at 15 and 10 per cent; and after eight years you’re taxed at just 7.5 and 10 per cent.

Instead of taking a lump sum on retirement, you can opt for life annuities ( rente viagère), whereby you’re ‘paid’ a fixed amount each year for the rest of your life, but payments are subject to income tax. Note also that, when you die, payments stop and your spouse cannot continue to benefit from your pension, unless you make the annuity ‘reversible’ ( reversible), in which case you receive a lower annuity, but your spouse (if he or she survives you) continues to receive all, or part, of the annuity for the rest of his or her life. You may have to pay a monthly minimum (e.g. € 75) into a pension plan, although some plans allow you to make a minimum payment (e.g. € 100) every three or six months.

In many industries, employers are obliged to provide supplementary pension schemes (called institutions de réparation) for employees earning above a certain salary. The cost of such schemes obviously needs to be budgeted for. Any new company must subscribe to an employees’ pension fund ( caisse de retraite complémentaire des salariés) as soon as it’s formed, whether or not there are immediate plans to employ anyone. No contributions are demanded until the first salaried employee is taken on.

Many companies also provide free life insurance as a benefit, although it may be accident life insurance only (i.e. if you die as the result of an accident).