Why study an International MBA in Lyon?

Lyon is a city which in many ways feels a lot smaller than it really is. It has a small-town charm combined with a vibrant economy and a privileged geographic position: lots to explore in the local area and close to both the Alps and the coast.

Lyon has been a centre of commerce and industry for over a millennium, from textiles, heavy industry, engineering and even manufacturing toy cars to what is today a flourishing entrepreneurial digital ecosystem. 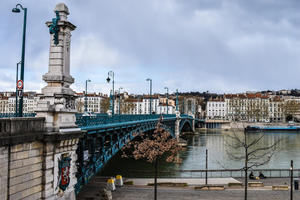 The city has leading companies in Life Sciences, Chemistry, Environmental and Digital Technologies. Each sector has its own competitive cluster , designed to increase cooperation and innovation among the companies that are part of it. So there are lots of interesting employment opportunities in different industries.

Lyon has a strong entrepreneurial culture that includes a network of accelerators and incubators to help kick-start businesses and launch start-ups. One of the largest incubators in the city is part of emlyon , a business school which offers its own international MBA . It has been running for over 30 years, has created over 20,000 jobs and has a 85% survival rate in portfolio companies.

Lyon is a charming alternative to busy Paris, with just a quarter of the population of the capital. If you live in the centre you are within walking distance of a lot of places and it has an excellent public transport system to get around quickly.

The city is designated as UNESCO World Heritage Site; but it’s not a pile of stones being protected, but a living jumble of fascinating passageways and sites to discover in what is a super interesting place to explore. 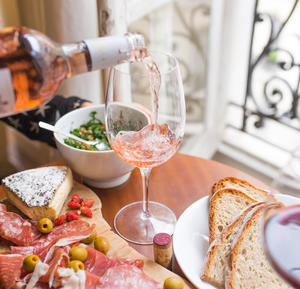 Many people call Lyon France’s gastronomic capital (something Parisians really don’t like!). From serious haute-cuisine, through amazing traditional cooking in old-style bourgeois eateries down to grabbing a merguez (beef sausage) in a bun with harissa (spicy sauce from Northern Africa) from a late night stand on a bridge, there is something for everyone. In the surrounding region there are many examples of why French food is the best in the world, including some cheeses which never taste the same when shipped elsewhere (for example, St. Marcelin and St. Félicien) and wines which are famous for being shipped quickly all over the world (Beaujolais). As well as a lot more. This is a part of France where 'eating well' is truly alive.

Rental prices in Lyon are 40-50% cheaper than in Paris as a general rule. The general cost of living is 10-20% less than in the capital. You can find a comparison between the two here .