There are a number of issues, which health professionals who are thinking of working in France should consider carefully. Not only you have a different language to contend with, but you will also encounter significant cultural differences, which may make it more difficult to practise your profession in France than in your home country.

Professions regulated under the Sectoral Directive system include general doctors ( médecin généraliste) and specialist doctors ( médecin spécialiste), general nurses ( infirmier/infirmière), midwives ( sage-femme), dentists ( dentiste) and pharmacists ( pharmaciste). Qualifications in these professions are automatically recognised, as the required training is similar throughout the EU. Nevertheless, you must still have your qualifications validated and register with the relevant professional body.

Professions regulated under the General Directive system include physiotherapists ( kinésiethérapeute), opticians ( opticien), chiropodists ( podologue) and psychologists ( psychologue). ). Recognition and validation under this system is more complicated than under the Sectoral Directive system, as these professions aren’t automatically recognised. A European Working Party is currently trying to minimise the paperwork and duration of validation periods, so far without success. If your profession is regulated under the General system, the competent authority examines the kind of training you’ve had and checks that the duration and content is as close as possible to those required for the same profession in France. You may have to undertake some training in France, which means that your French must be at a high level. You must also join the relevant professional body

According to EU regulations, member states cannot discriminate against you on the basis of language. However, the European Commission has stated that anyone wanting to pursue their profession in another member state should “possess the linguistic knowledge necessary to do so”. It’s highly unlikely that English will be spoken by the majority of your French patients. Unless the area you want to work in has a large expatriate population, you need a fairly advanced command of the language, with the relevant specialist vocabulary.

If you think you might want to work in child care in France, it’s important to understand that attitudes towards children and the care of children 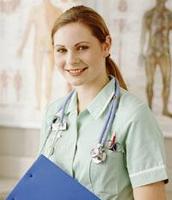 are significantly different from those in most northern European countries, especially the UK. Generally, French children aren’t put to bed early in the evening or left in the care of a babysitter while their parents go out to dinner. Children and even babies are involved in every part of French family life, and that includes taking them out to dinner and bringing them home in the early hours of the morning. Children are genuinely welcomed everywhere and the relaxed attitude towards their presence means that French parents don’t have the same kind of child care needs as parents in some other countries. Many French working mothers leave their children in the care of other family members, and the thought of paying someone to care for their child – especially someone they don’t know well – is anathema. Granny is preferable to a stranger – even one with a long list of admirable qualifications – and what’s more Granny doesn’t charge! Those who don’t have a family member they can call on usually use a nursery or day care centre.

If all this leaves you wondering whether child care in France is a possibility worth exploring, take heart. Things are changing, albeit slowly. There are opportunities in the cities and other areas, e.g. holiday resorts. There’s a growing and increasingly young expatriate population, who require the kind of child care they’ve been used to in their home country, and French parents who need a child minder are often keen to have a native English-speaker caring for their children so that they benefit from hearing English spoken on a daily basis. There’s also an increasing number of English-language nurseries and day care centres in France – especially in areas popular with expatriates – catering for children of all nationalities. Another possibility is to offer child care services in holiday resorts.

The au pair system provides an excellent opportunity to travel, improve your French, and generally broaden your education by living and working in France. Single males and females aged between 18 and 27 from most countries are eligible for a position as an au pair. Au pairs are usually contracted to work for a minimum of six and a maximum of 18 months. Most families require an au pair for at least the school year (September to June). The best time to look for an au pair position is therefore before the beginning of the school year in September. You should apply as early as possible and not later than a month before your preferred start date.

An au pair’s duties consist of light housework, including simple cooking for children, clothes washing (with a machine) and ironing, washing and drying dishes, making beds, dusting, vacuum cleaning and other such jobs around the home. To enjoy life as an au pair you should be used to helping around the house and like working with children. As an au pair, you receive all meals and accommodation, usually with a study area, in lieu of a salary. Working hours are officially limited to 30 per week, five hours per day (morning or afternoon), six days per week, plus a maximum of three evenings’ baby-sitting. You should be given time off to attend French classes.

An au pair position can be arranged privately with a family or through an agency. There are au pair agencies in France and many other countries. Agency lists can be found via the internet (www.europa-pages.com/au_pair ).

It’s possible for responsible English and French-speaking young women to obtain employment as a nanny ( nurse, nanny or nounou, sometimes called garde d’enfants) in France. Duties are basically the same as for an au pair job, although a position as a nanny is a proper job with full employee rights and a real salary! Although it’s possible to find work without experience or qualifications, it’s much easier if you have both. There are several ways of finding a job as a nanny: you can approach an agency in your home country or in France, look job opportunities in specialist magazines or search the internet. Salaries start at around €1,200 per month with free board and lodging and rise to around €1,500 per month for an older or more experienced nanny or one who is expected to look after more than one or two children.

Unlike nannies, who look after children in their parents’ home, child minders ( assitante maternelle, also referred to as gardes-enfants) look after them in their own home. Like all jobs that involve working with children, child minding is heavily regulated in France. You must at first have an agreement from the conseil municipal (town council) and register with the Centre de Protection Maternelle et Infantile in the town where you live. All prospective child minders must complete a 60-hour training course and be inspected before being registered. The hygiene of the premises where children are to be looked after (i.e. your home) is inspected and the surface area is calculated, as a minimum area is required for each child. There must also be a separate, isolated room where children may rest. Finally there’s a visit by a medical officer to ensure that your vaccinations are up to date. The income is barely enough to make a living, but it could supplement another income. Further information can be found on www.assistante-maternelle.org .