Difficulties of Travel and Cultural Incompetence

“With no bargaining chips” and barely no money left, I was feeling the weight of the world while trying to get out of Hong Kong. Why would I do something so foolish? Many are fighting to get in! The land of pleasure, the Disneyworld for adults in all of Asia: the women were abundant, night life, clubs, shopping malls and social gatherings.

You can smell the freedom, sexuality and very much so, Hong Kong has remained British. While I remained in the past, the new Hong Kong held pleasures and people of all races came for them and still do. With its always expensive lifestyle, it was like an old girlfriend, one can never forget! Coming back to ‘her’ felt good, and in all the craziness and madness, it wasn’t for pleasure, although I desired it! I could taste the perfume through my nostrils and the women liking me and of course, liking them back. But there was no time for my greatest pleasure and hobby! This was my paradise and with a little over 24 hours, I could barely enjoy it like in the past. I was here only for a working Visa and go home. 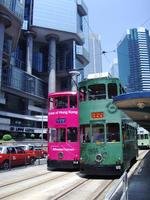 Having suffered the morning through a near robbery of my wallet, I calmed down and boarded the train from Guangzhou to Hong Kong. Actually, the train lands in Kowloon Peninsula. The grandiose beauty of Victoria Bay always has taken my breath. Special place in my heart and even sentimental, and I had landed here on business coming from my beloved Shaoxing and into one of the most southern tips of China. It was like a homecoming of source and it wasn’t the Hong Kong I remembered.

There were those desires of wanting to club and womanize. But no time, and as expressed before, I was quickly running out of money! This was not the Hong Kong I did not want to remember. Trying to find my path, it felt like I was running forever. This was another adventure. This was 2009, and I was trying to remember the Hong Kong of my service days, that was 1989. Twenty-years are a long time… So I told myself, as I saw many changes, less junks on the water and more modernization that I could figure out. Now, everything had a connection: through bridges, underground tunnels and a new modern subway system called the MTR, to easily compete against any city in the world.

I barely made one journey and had to start another. And on top it all, I was running with a slight fever from the exhaustion. Simple enough, my journey began with ease, almost like paradise. Ah China, if only people would stop talking and listen. What else can go wrong, I thought. But anyhow, I got to Guangzhou and took a taxi from the Airport to the Train Station. The average price is between 180 to 200 RMB. That’s okay however, beware of the ‘scalpers’, some will try to charge you up to 300 RMB; the fair amount to get you quickly through the Expressway is 200 RMB.

The ride to the train station is about 30 minutes. Once at the Train Station, I was running again to get my ticket for the value of 190 HKD. You can pay here in Hong Kong Dollars or RMB, but only in Guangzhou. When I noticed the time, the hours given on the Internet were actually all wrong. The hours had been changed December 20th, 2008, but the government had not even bothered to do the corrections on their website!

Here I lost nearly two hours at the train station. The train ride into Kowloon alone would take two hours and ten minutes. Loosing valuable time, I needed to find the Chinese Consulate before 5 p.m., which is their closing time. For me, it was like an emergency, life and death! Well, not so dramatic, but I was still running to get to Hong Kong for dear life.

Upon my arrival, I was delayed another 20 minutes because of the Avian Flu. At the medical station they told me I had a slight fever. I answered, of course, “I had been under the sun, running all day and exhausted.” I mentioned that I had not been outside of China in three months. As always, nobody was listening. I was loosing control, damning and insulting everybody. My patience was reaching a limit with incompetence!

The stupidity was amounting as I reached the Visa services desk (a private corporation that does Visas) and because I wouldn’t do business with them, they refused to give me the address to the Chinese Consulate. What ass_____! You can figure out the rest. I ran and found my saviour, a young Chinese born and bread in Hong Kong, Kenneth Chan. He was the best! He got me to the Consulate with only 10 minutes to spare at 26 Harbour Road, on Hong Kong Island. The Visa would be processed for 1,270 HKD and it would be ready the next day at 3:30 p.m.

Kenny later took me to my Hotel, his services were 240 HKD, expensive but well worth the price! He saved me from another day of waiting and having even less money, and for this I want to thank him. If you ever have a problem, Kenny is the best, you can contact him at (86) 136 4148 4143. I got to my Hotel or Hostel and the reservation had not been done by the Company I work for. So this took out of my budget another 380 HKD. I would get the other 100 back once I returned the key the next day.

The following day, I realized I needed to contact my Company to get out of Hong Kong. I needed money badly. I just had enough to get a train to Hong Kong Station and back to Guangzhou. Once at the latter, I would be stuck again, with no money for taxi and quite possibly I would loose my 6:30 p.m. flight. The people I work for wired into my account 1,700 HKD. Enough to survive, but not necessarily make it! 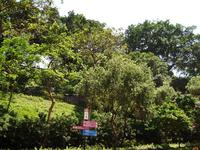 I got my ‘Z’ Visa and I was official to enter back into China and honestly, ladies and gentlemen, I almost cried from all the hassles that we foreigners have to go through. I was certainly exhausted, tired and emotional! From not being picked-up at the Airport, left stranded, without money and plus, we are targets to get cheated on every corner. And to live here it is not easy. I am not saying it doesn’t happen in other countries, but China needs to treat their foreigners better. If they need us, treat us better, this is all we ask! I saw the same situation at the hostel with three other people employed in China.

With some money, sadly it had to be McDonalds there was no chance on this trip for steak and kidney pie. After getting my passport back, I again ran to fetch a taxi and get to the Station. My next train was leaving at 4:35 p.m. I boarded and realizing the truth, I would never get to my plane on time and would have to loose a flight. Sacrificing and accepting the reality I got into Guangzhou to another fiasco. I was detained in Quarantine for half-an-hour, because of the Swine Flu and for simply being a foreigner. Sh__, what else can go wrong? I was explaining to the person that I had not been to Mexico in 19 years and I had not left China in three months. One smart person finally realized their mistake and reading on my papers that I had come from Shaoxing to get my Visa let me go with an apology.

I took a cab and finally made it into Guangzhou Airport. I was crossing my fingers. But “no dice” with my flight! I had reached the Airport at 8 p.m. with no other chances or breaks. The final flight of the night was at 9:50. Make that in Chinese time at 10 p.m. I ran to the ATM to get the money, nearly loosing my passport in hand. It fell and I had not realized it, when somebody called to me that I had dropped something. I breathed a sigh of relief and got to the
machine. That one didn’t have money, so I went to the next one, everything was in Chinese. I had to figure out of way of getting my money. Got it and ran back to the counter and paid for the flight 1,100 RMB! Expensive, but at this point I didn’t care. I just wanted to get home. Later, I flew and arrived in Hangzhou at midnight. Only with 150 RMB, that wasn’t enough for a taxi, so I called my office to see if a local could give me suggestions. Nobody could tell me
anything, it was a waste of time! I finally called one of my ‘foreign brothers’ to solve my problem. The taxi did drive me to Shaoxing and I got home, and my friend did pay for the service. Only another foreigner can understand what we go through. I got to my apartment at 1:00 a.m.; 44 hours after my journey had begun!

Looking back… China is still a great adventure and fantastic culture, but many don’t understand or realize what we go through! With the new openness in the society, there are also many that will treat us fairly and others that will mostly be rude. When going for a Visa, give your self a little over two days, with enough time and patience to make the journey. Always leaving a five-hour gap to get to trains, buses and airplanes; nothing runs on time and the services can be a little primitive. Also, have in your pocket over 4,000 RMB in money; especially in China, every little thing counts for emergencies. And with a warning, remember, in China nothing is easy.

What to do in Hong Kong and where to stay:

1) Favourites from the past: well, there is always Disneyland, Lantau Island and Victoria Harbour. I didn’t have enough time of course, but will be back for a holiday, I promise.

2) For desperate travellers, such as myself: Hong Kong Park and the local McD onalds will have to do.

3) Not desperate, there is always clubbing, women, wine and song. And for what everybody comes to Hong Kong for, it’s the best place in the world for shopping.

4) The MTR system map is just like the Underground in London. Rides go from 4 HKD to 10.50 HKD, depending on where you want to go. It’s the cheapest way to get around. After all, and again I repeat Hong Kong is expensive… Be prepared!

5) Where to stay, like on a budget, such as myself: the Hostel.hk on 47 Paterson Street, Hong Kong Island. Cheapest rates and rooms run for 280 HKD. It has also been recommended by Lonely Planet.