10 things you didn’t know about Romania

Romania is known for a fairly small list of things, such as Dracula, gipsies and immigration, but even within these, there are so many myths and incorrect assumptions. Additionally, the country of Romania is rich in culture and interesting facts that might really surprise you. Here are just 10 things about Romanian people and their culture.

The founder of the Italian coffee brand Illy, Francesco Illy, was actually born in Timișoara, Romania. Later, he moved to Vienna and then the Italian city of Trieste. In 1935, the invention of the illetta revolutionised the coffee preparation as it was considered to be the blueprint for modern espresso machines.

2. Romanians have changed the world

Romania gave birth to some of the most outstanding scientists and researchers and athletes, the greater part of whom have changed the world. Here are three of them:

3. Romanian is the only Romance language in Eastern Europe 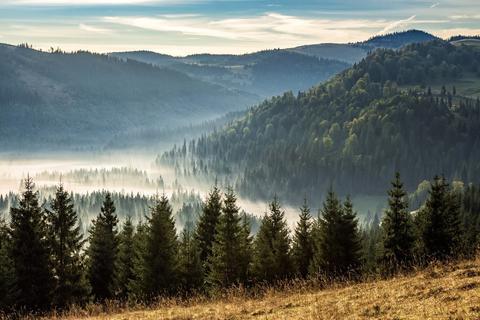 Romania possesses the last remnants of virgin forests outside of Scandinavia. There are about 300,000 hectares of old-growth forests, of which 200,000 are located in Romania. Sadly, only 18% of it is protected. It is also the largest and healthiest population of wolves, bears and lynx.

The character was born in the classic novel of Bram Stoker, Dracula. However, this persona was inspired by Vlad Drăculea III, who was also known as “Vlad the Impaler”. He was a truly ruthless emperor who fought for approximately seven years against the Ottoman Empire that tried to conquer the Romanian territory. On the other hand, not many people know that his family was brutally killed by these enemy forces. He was also tortured, which resulted in him seeking a brutal vengeance. He used to stab them and impale their still-twitching bodies on spikes, hence his nickname. Legend says that at some point he hosted a dinner for himself in a “forest” of spikes topped with impaled bodies and displayed throughout Wallachia to ward off the enemies. This horrifying carnage was so disturbing that several invading Ottoman sultans retreated at the sight of it.

6. The second largest open-air museum in the world

Astra has been a 96-hectare museum for more than 100 years, located in the city of Sibiu. A representation of the Romanian traditional values with more than 400 houses that portray an image of rural life from all over the country. It includes workshops, museum animations, fairs and festivals of traditional music and dances. Also, at the side of these various museums and animations, part of the paranormal activity including unexplained apparitions and a sense of discomfort by the visitors that venture inside of the forest.

Hoia Baciu is a forest located near Cluj-Napoca, which covers more than 250 hectares and is often referred to as the “Bermuda Triangle” of the country. It is considered to be one of the most haunted forests in the world. Hoia Baciu has a reputation for intense paranormal activity, including unexplained apparitions and a sense of discomfort by the visitors that venture inside the forest. Additionally, the strange growth of vegetation, including bizarrely shaped trees has still not been explained. 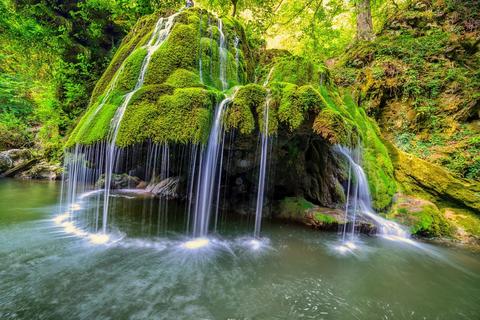 8. The magic of a world-famous attraction

The Bigar Waterfall is located in the Aninei mountains and like many other attractions in Romania, it has its own legend. The legend is about a girl trapped in a cave by her parents. She fell in love with a boy named Bigar and desperately wanted to be with him, so she transformed herself into a waterfall and later the boy drowned in its waters.

9. The bride is “stolen” from the wedding

It’s a tradition in Romanian weddings, when the groom isn’t paying attention, to “steal” the bride from the wedding, asking for a reward to bring her back, like a bottle of whiskey or champagne. This is usually just a funny moment at the wedding in which some of the guests get to participate. The bride is usually taken out to dance to the clubs, so don’t be surprised if you see them around on weekends!

It is a common mistake to believe that all Romanians are extremely superstitious. The Romanian folklore includes many fairy tales and stories that have been told and adapted for centuries. However, most of them are old wives’ tales that most people don’t follow or haven’t even heard of.