No better place in the world

Not only is South Africa blessed with some of the most amazing wildlife on the planet, it has also learnt how to turn it into an unrivalled tourist experience.

The country plays host to over 600 nature reserves and parks, many of which enjoy a lower density of tourists than the safari hotspots in East Africa. The following are some of the main safari options in South Africa. 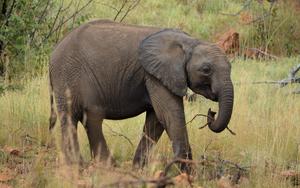 The best known and largest of all of the nature reserves is Kruger National Park. Within an area of nearly 20,000 square kilometres, you can find almost all of the animals most sought after by tourists. This includes the ‘Big 5’ (lions, elephants, buffaloes, leopards and rhinos.)

On top of this, its tourist infrastructure is able to cater for all. Accommodation options range from tents to 5* hotels, and anything in between. Much of the south of the park is reserved for the more exclusive and luxury options, whereas the north tends to have more basic accommodation for packages fundamentally orientated around the safari itself. Wherever you choose to stay, the numbers of animal sightings remain high.

There is also the option to go to a private game reserve. Whilst costing more will also afford you many luxuries. These include unrivalled animal watching, thanks to fewer people and better locations. On top of this, accommodation tends to be incredibly luxurious. It can sometimes be the case that due to the large sections of privately owned land, you might not encounter any other tourists at all. This a rare luxury, even given the huge size of safari areas in South Africa.

Of the private game reserves, Sabi Sand  stands out as a service of particularly high quality. It is also a tried and tested option, given that it’s the oldest private reserve in the country.

At the other end of the spectrum, self drive options are available. Whilst they’re the cheapest choice, you also lack all the benefits of a guide. This can mean much fewer animal sightings, which also may not be as up close and personal as those directed by a guide. It does, however, afford you the luxury of going at your own pace. The availability of highly detailed viewing maps means you won’t necessarily miss out on too much. Not only do these tell you animal sighting hotspots, but also provide detailed drawings of wildlife so you’ll know your kudus from your gemsboks!

A top tip for the self drive option is to choose a vehicle that puts you in a high up position, such as an SUV, 4x4 or van. This added height will greatly improve your ability to see wildlife at further distances.

It’s important to note that many safari areas are malaria zones and all necessary precautions should be taken.

Surprisingly, the best time to go on safari is between June and September. This may sound counterproductive, as it is South Africa’s winter, however during this season, leafless trees and less greenery in fact makes animal sighting easier. The increased difficulty in finding food also means they’ll be out and about searching for it more frequently. What’s more, prices can be as much as 30-40% lower in this season.