Despite being South Africa’s largest city, Johannesburg is often overlooked thanks to the alluring natural beauty of Cape Town. The cosmopolitan capital is, however, very much on the rise, and constantly adding to the already long list of reasons to visit.

Here is a short selection of some of the best sights and activities in and around Johannesburg. 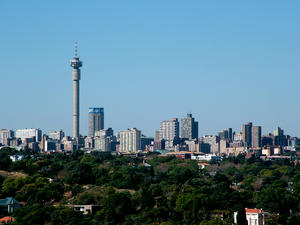 The flourishing centre shows a very modern side to the city. This is exemplified by the central business district, which plays host to the highest proportion of skyscrapers on the continent. However, this urban development isn’t overwhelming, as it is offset by over 10 million trees planted in the city. It’s thought this makes Johannesburg the city with the largest number of trees in the world.

Take a tour around Soweto

It’s estimated that up to 40% of the population of Johannesburg live in the suburb of Soweto. This predominantly black area has developed over the years from the desires of the white ruling classes to keep different races separate from one another. The area has become infamous for events such as the 1976 Soweto uprising, which saw widespread rioting and police opening fire on a student march, killing up to 700 people.

Soweto has also been home to many famous residents such as Nelson Mandela and Desmond Tutu. Most tours will give you the opportunity to see Mandela House, where he once resided and now serves as a museum. Along with this, Soweto has the largest football stadium in Africa, which hosted many of the main events during the 2010 World Cup.

Rather than being voyeuristic poverty tourism, which many people have an issue with, a good Soweto tour will instead explore the rich history and significant impact that the township has had on the country, whilst not ignoring its troubled past and ongoing social and economic issues.

Opened in 2001, this museum deals with 20th Century South African history, and most importantly, the Apartheid. Immediately upon arrival, the different entrances for black and white people lets you know the museum won’t be skirting around the controversial issue, so much as tackling it head on.

Highlights include listening to real police radio conversations from the era whilst sat in the back of a decommissioned police van. Another highlight is being able to imagine the plight of political prisoners in the ‘Hanging room’.

This museum offers an interesting insight into the dark history of the country, and throws you into these depths as if you were experiencing them yourself. The museum is open everyday from 9am-5pm, except Mondays. Entry is 65 Rand for adults and 50 for concessions including students, children and pensioners. More information on the museum including directions can be found here .

Constitution Hill overlooks Johannesburg. Although it now plays host to the Constitutional Court of South Africa, it has a much darker history. Since the Boer War, it was an infamous prison for the political opposition of the ruling party, and held figureheads ranging  from Nelson Mandela to Mahatma Gandhi.

Nowadays, as well as being the site of the highest court in the land, Constitution Hill includes museums with a variety of exhibitions. These examine prison life and the history of political oppression, as well as telling the stories of some of the most famous detainees.

Visitors can also watch proceedings in the Constitutional Court from the public viewing gallery. It can be a very rewarding experience to learn about the people who worked so hard to establish civil rights, and then see their achievements put to use in the Court.

The Cradle of Humankind

On this incredible site, archaeologists have found a huge number of the oldest and best preserved fossils of human ancestors. This led to it becoming a UNESCO World Heritage Site in 1999. Many scientists believe southern Africa is where humans originated, and The Cradle of Humankind provides great evidence for this being the case. Located 50 km northwest of Johannesburg, this network of caves has had hominid remains found in 7 of 12 of them, with much more excavation still to be done.

Getting to and from Johannesburg

The main railway station is Johannesburg Park Station, which is the largest in Africa.

Whilst the station itself is very safe and well guarded, there has been known to be issues of theft around it. It is recommended to know what you’re doing when getting to and from the station. There are regular services to an assortment of national destinations including Cape Town.

The Johannesburg (OR Tambo International Airport) is located about 21 km east of the city centre and offers many domestic and international flights. It is served by many buses running throughout the day and night to and from the city centre and suburbs. There is also a newly constructed train line running between the airport and the city of Pretoria.

Johannesburg also enjoys good road links, with the N1 running in both directions, towards Cape Town in the South and Zimbabwe in the north. You can also go directly to Kruger National Park on the N4.