A beginner's guide to Switzerland

…and the Swiss (plural)

Switzerland is that small country that always pops out in a different colour in the middle of a map of the European Union. One finds a lot of tasty cheese, great chocolate, watches, trains that run on time and banks with lots of money!

Few visitors forget to remark on how clean and well organized they find Switzerland. Even fewer escape without being surprised about one of the many idiosyncrasies of this weird mix of people with their strange customs and nuclear shelters (a legal requirement, although most are used as wine cellars).

The country’s famed neutrality and independence has resisted the advances of the European idea, thus the Swiss have voted not to join the Union. However, the Swiss today pay money into the EU, share the common market and are highly integrated with their neighbour economies. They don’t get a say in how things are run, but get to keep their independence. Most are very happy with this situation. Many Eurosceptics use Switzerland as an example of why we don’t need 50,000 bureaucrats shuttling between Brussels and Strasbourg in order to live happily ever after.

The language question is a little complicated in places. The official languages (in order of the number of speakers) are Swiss German, French, Italian and Romansh (a linguistic oddity descended from Latin and trapped in an Alpine time capsule). If you speak German, French or Italian you will probably be able to understand the Swiss versions of these languages; although there are accent and vocabulary differences that may cause a few problems. The Swiss are a polyglot bunch; it is common to find people fluent in three or four languages, and you will find it is easy to get by a lot of the time in English.

The country’s geography, combined with its strange political history, is responsible in part for its diversity. Surrounded by heavyweights, Switzerland became independent in 1291 as a confederation and later became a federation in 1848. Direct involvement in politics is a must for every Swiss citizen; in half of the 26 cantons the Swiss are legally obliged to vote. Referendums on many different subjects are held regularly and the Swiss have a very strong desire to be involved and committed on a social and political level in their communities. 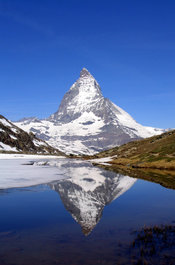 If you ask a Swiss German for their opinion about Switzerland you will get a short, concise and structured answer to your question. Asking the same question to a Swiss French might take a while, the answer may ramble on between a ‘ehm’, a ‘bon bien’ and a few glasses of white wine until the discussion gets through the tricky pros and cons. A Swiss Italian is likely to scoff at your non-fashionable attire, limited conversational skills and not give you an answer at all.

When it comes to humour, be careful. The good Burgers of Zurich are not famed for their happy-go-lucky approach, so when cracking jokes you should be ready to wait a very, very, very long time for a smile. Meeting new people is a formal affair and it takes a while for the Swiss Germans to lighten up and relax. For the Swiss French, they have a lot in common with their linguistic neighbours; they are mostly unpredictable, so handle with care. Swiss Italians tend to be talkative, louder and more open.

At the end of the day, from whatever canton they come from, all of the Swiss are first and foremost Swiss. They can be overly conformist, slow to consider problems and even slower to make unanimous decisions. They also have one of the cleanest, richest, safest, pleasant and well run countries in the world. The worst thing the Swiss can be accused of (leaving aside the pots of money from dubious sources) is of having created a country so perfect that it lacks the spice of variety and disorder!