What to know about viewing appointments

If possible, you should decide where you want to live, what sort of property you want and your budget before visiting France. Obtain details of as many properties as possible in your chosen area and make a shortlist of those you wish to view (it’s also wise to mark them on a map). 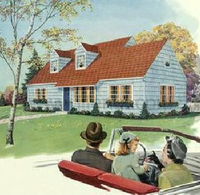 Most French agents expect customers to know where they want to buy within a 30 to 40km (20 to 25mi) radius and some even expect them to narrow their choice down to certain towns or villages. If you cannot define where and what you’re looking for, at least tell the agent, so that he knows that you’re undecided. If you’re ‘window shopping’, say so. Many agents will still be pleased to show you properties, as they’re well aware that many people fall in love with (and buy) a property on the spot.

The details provided by French estate agents are usually sparse; often there’s no photograph and, even when there is, it usually doesn’t do a property justice. In the case of many old properties in need of renovation, there isn’t a lot that can be said apart from stating the land area and the number and size of buildings. French agents who advertise in foreign journals or who work closely with overseas agents, on the other hand, usually supply colour photographs and a full description, particularly for more expensive properties. The best agents provide an abundance of information.

Agents vary enormously in their efficiency, enthusiasm and professionalism. If an agent shows little interest in finding out exactly what you want, you should go elsewhere. Note that there are no national property listings in France, where agents jealously guard their lists of properties, although many work with overseas agents in areas popular with foreign buyers.

If you’ve made an appointment with an agent in your home country to see properties in France, make a note of their reference numbers in case the French agent hasn’t been informed (or has lost them), it isn’t unusual for a French agent’s reference numbers not to match those you’re given abroad! Some agents, particularly outside France, don’t update their records frequently and their lists may be way out of date. If you’re using a foreign agent, confirm (and reconfirm) the price and that a particular property is still available before travelling to France to view it.

It’s common practice for agents to lure potential buyers with idyllic properties that are no longer for sale (or don’t even exist!) and then try to sell them other properties, which may not match their requirements.

To avoid being shown unsuitable properties, make sure you know the lingo. To begin with, when property is advertised in France, the total living area in square metres (mètres carrés) is usually stated (written as m2) and the number of rooms (pièces), including bedrooms and reception rooms (such as a lounge) but not the kitchen, bathroom(s) or toilet(s), expressed as the letter F or T followed by the number. A two-room (deux pièces) apartment (F2) has one bedroom and a three-room (trois pièces) house has two bedrooms.

When it comes to terminology, there’s a minefield of faux amis awaiting the English-speaker. For example, the word bungalow in French means a cabin or even a shed and the French for bungalow is plan pied; a villa can be almost any detached property; a pavillon is not a pavilion but a house, although this might be detached, semi-detached or even terraced. In using the word propriété, you might think you were merely saying ‘property’ in a general sense, but the French term usually refers to a large house in extensive grounds, usually with several outbuildings.

Similar misunderstandings can arise in references to features of a property. A terrasse can be a terrace or patio in the English sense but it can also be a large balcony or simply a paved area surrounding the house; a cour may be an impressive courtyard surrounded by outbuildings in which hens and geese roam or a space tucked away behind the house just large enough for you to hang your washing in. If a property is advertised as having dépendances, this may mean it has a barn and a pigeonnier but it could equally refer merely to a couple of sheds and a rabbit hutch. Similarly, an appartement or studio indépendant isn’t necessarily a self-contained flat but could be just a bedroom with ensuite bathroom accessible from a landing rather than via other rooms (the latter arrangement being common in older buildings).

Beware also of French property advertisements or descriptions that have been translated into ‘English’, as these often contain numerous mistranslations. It therefore pays to be as precise as possible in describing your needs, even if this means drawing pictures, and to double-check the meaning of every term before rushing off to inspect a property – especially if this involves flying halfway across the world!

In France you’re usually shown properties personally by agents and won’t be given the keys (especially to furnished properties) or be expected to deal with tenants or vendors directly. One reason is that many properties are almost impossible to find if you don’t know the area, and it isn’t unknown even for agents to get hopelessly lost when looking for properties! Many rural properties have no numbers, and street name signs are virtually non-existent (if someone invites you to dinner in rural France, make sure you have their telephone number for when you get lost).

You should make an appointment to see properties, as agents don’t like people simply turning up. If you make an appointment, you should keep it or call and cancel it. If you’re on holiday, it’s acceptable to drop in unannounced to have a look at what’s on offer, but don’t expect an agent to show you properties without an appointment. If you view properties during a holiday, it’s best to do so at the beginning so that you can return later to inspect any you particularly like a second or third time. Note that French agents and notaires don’t usually work during lunch hours and most close on Saturday afternoons and Sundays and some also on Mondays.

A French agent may ask you to sign a document (bon de visite) before showing you any properties, which is simply to protect his commission should you obtain details from another source or try to do a deal with the owner behind his back.

You should try to view as many properties as possible during the time available, but allow sufficient time to view each property thoroughly, to travel and get lost between houses, and for breaks for sustenance (it’s mandatory to have a good lunch in France). Although it’s important to see enough properties to form an accurate opinion of price and quality, don’t see too many in one day (between four and six is usually enough), as it’s easy to become confused as to the merits of each property. If you’re shown properties that don’t meet your specifications, tell the agent immediately. You can also help the agent narrow the field by telling him exactly what’s wrong with the properties you reject.

It’s wise to make notes of both the good and bad features and take lots of photographs of the properties you like, so that you’re able to compare them later at your leisure (but keep a record of which photos are of which house!). It’s also shrewd to mark each property on a map so that, should you wish to return, you can find them without getting lost (too often). The more a property appeals to you, the more you should look for faults and negative points; if you still like it after stressing all the negative points, it must have special appeal.