An overview of some of the best and most unusual

Spain and fiestas go hand in hand: not a month goes by without a fiesta happening in one of Spain’s 17 regions. Some fiestas are celebrated nationally, but most are celebrated regionally and showcase a region or town’s unique traditions and customs. Here’s a glimpse of some of the best and most unique fiestas throughout Spain.

On the 15th of May, Madrileños celebrate their patron saint: San Isidro (Saint Isidro). Celebrations take place all over the city throughout the week around the 15th: from food stalls, concerts and traditional dancing in the Pradera de San Isidro, open air concerts in Plaza Mayor and night-long street parties in Las Vistillas, to the peculiar, age-old Comparsa de Gigantes y Cabezudos (the parade of giants and big-heads) through the streets of the city centre. 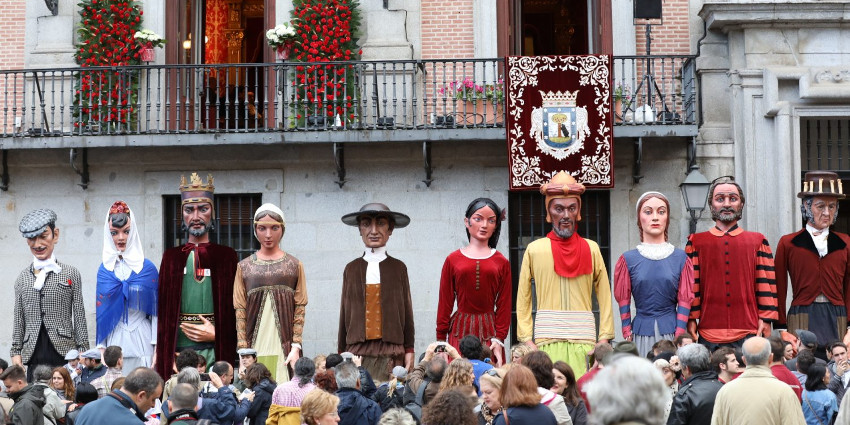 In Catalonia, they honour their patron saint, Sant Jordi (Saint George), on the 23rd of April. In honour of the legend of Sant Jordi  and the anniversary of the burial of Don Quixote author Miguel de Cervantes, men traditionally give their sweetheart a rose in exchange for a book. Today you can give a rose or a book to whoever you wish. In Barcelona, book and rose stalls line Las Ramblas and numerous Spanish authors attend to sign books and hold live readings. The Palau de la Generalitat and Casa Batlló are also decorated with red roses.

Two weeks after Semana Santa (Easter), a big area in the south-west of Seville is transformed into a huge week-long fair. Tents and pavilions (casetas) take over the streets and people drink, dance, eat and socialise until the early hours of the morning every night of the week! Most of the tents are private, but every year there are also 7 tents open to the general public. Local women dress in traditional flamenco dresses and everyone parades around on horseback or in carriages. The fair also features a big traditional fair-ground known as the Calle de Infierno (hell street).

The night of San Juan (Saint John) is celebrated across Spain, but the best place to take part in this wild night of superstition is on the beaches of Alicante and Valencia. From the late hours of the 23rd of June through to the early hours of the 24th, the beaches are lined with bonfires. At midnight, people burn pieces of paper containing handwritten wishes and dolls/efigies that represent ‘bad’ people in the flames. Many party goers jump over the bonfires to cleanse their souls and later run into the sea to ensure they are granted three wishes in the next year. 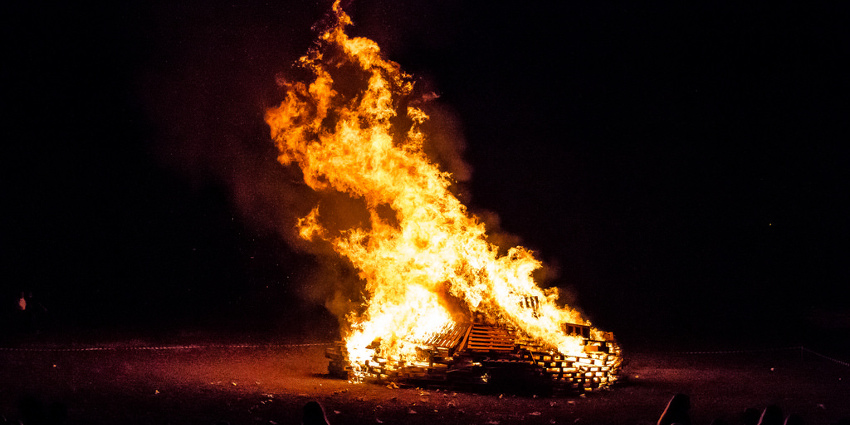 The Fiesta de San Fermín is known for its Running of the Bulls tradition: people run 873 meters through Pamplona’s narrow streets ahead of charging bulls! Anyone over 18 can join in, but if running in front of rampaging bulls doesn’t appeal to you (who can blame you), it’s just as fun to watch from behind the barriers that line the streets. The fiesta continues throughout the night with drinking, dancing and fireworks. Every year, loads of tourists flock to Pamplona to experience the thrill and excitement of the crazy fiesta with the locals. It typically takes place during the second week of July. 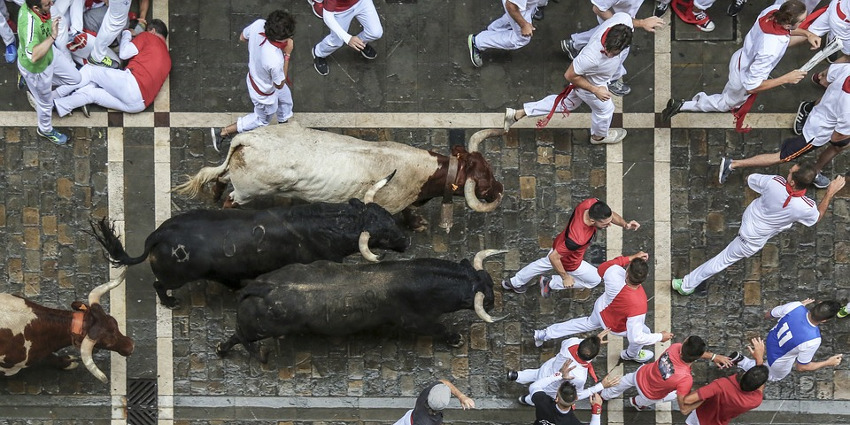 Running of the Bulls in Pamplona

On the 25th of July, the Basque Country and Galacia celebrate their patron saint Santiago (Saint James). In the city of Santiago de Compostela, high mass is held in the famous Gothic cathedral, Caterdral de Santiago de Compostela, where Saint James is believed to be buried.  People travel from all corners of the world to witness the Botafumeiro (a giant incense burner) being swung at full speed through the aisles during the ceremony. Street shows, open-air concerts and theatre performances also fill the city’s streets, and don’t miss the highly impressive firework display on the evening of the 24th. 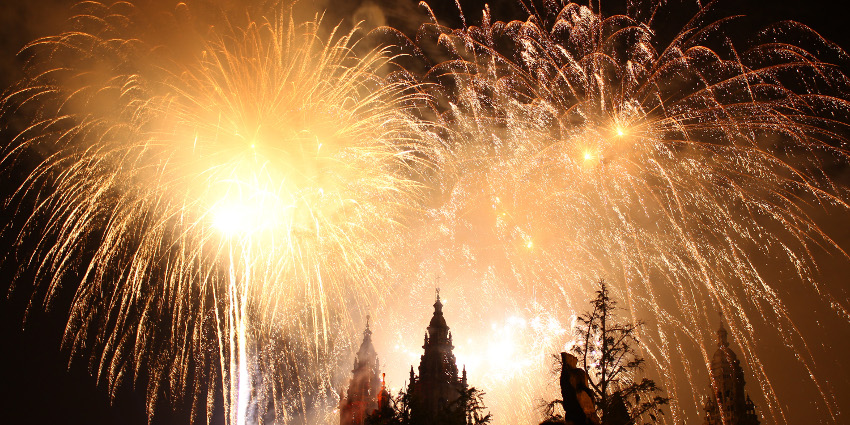 On the last Wednesday of August, the small town of Buñol in Valencia hosts the world’s biggest food fight. Revelers pack the streets and launch thousands of overripe tomatoes at each other. Recently, the festival has become so popular that you now have to pay an entrance fee to enjoy the free-for-all tomato flinging experience. If you want to go, make sure you sort out your ticket and accommodation well in advance.