Biting back at culture shock

I think "culture shock" is a misnomer. When you think of a shock, it's something that strikes in an instant.

In most cases, culture shock is more something that eats away at you. Bite by bite. Gnawing slowly at your defenses until you find yourself crying on the floor because the phone bill arrived - and it's in French! 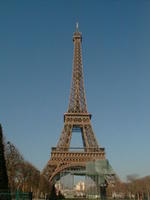 It really has nothing to do with France or the French. It has everything to do with being outside of my own culture for an extended period of time. It has to do with feeling like everything I do, every interaction with people, I make a mistake. I say the wrong word. I forget to give the bisous (cheek kiss). I don't remember to greet the store owner as I walk in the door. I feel tears come up just thinking about the life we left “back home.” I don't know how to fill out our tax forms according to French law. And I certainly don't feel like looking it up on some website in French, or making a phone call that costs 40 cents/minute to talk to some person speaking 40 kilometer per hour French.

Again, it really has nothing to do with France or the French. We have made some wonderful French friends, and found the negative stereotypes of the French to be quite inaccurate. It's just part of living outside of your own culture. Fortunately, my husband is not going through culture shock right now, so he's able to balance me out. And pick me up off the floor if I need it.

This afternoon I did some research, largely looking for an estimation of how long culture shock lasts. What I found was comforting in that it seems that the cycles of culture shock are a normal coping mechanism when introduced into a new environment. One website even offered some tips and advice for pulling yourself out of the culture shock pit. While I wasn’t particularly encouraged by the idea that time heals aversions to foreign culture, I was happy to see that there are no documented cases of culture shock being fatal.

And so, I am determined to fight back. Bite by bite, until culture shock is defeated. Then I’ll celebrate with a patisserie and café, made as only the French can.