Some of our generation's best

It can be argued that France has the most impressive collection of designers in the world, with another skilled artist or creator coming out of the nation on a seemingly annual basis.

Here is a look at three French designers of our generation who you should know about: 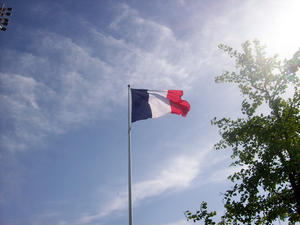 Serge Lemoine, the President of the Musee d’Orsay in Paris, summed up the appeal of Xavier Pauchard’s furniture when he once mused: "Xavier Pauchard’s Chaise A is a perfect synthesis created by a man possessed of an understanding of raw materials – and the tools used to work them."

What allowed Pauchard to stand out from the crowd was the way he went about creating typical household items using galvanised steel from the end of the First World War, at a time when the industry was obsessed with wood materials.

The designer’s inspiration can still be seen today, with everything from chairs and stools, to wardrobes and even armchairs, now available in galvanised steel finishes.

The inspiration behind Philippe Starck’s amazing works can be hinged around one of the designer’s most famous quotes: “We have to replace beauty, which is a cultural concept, with goodness, which is a humanist concept.”

As such, Starck was not obsessed with creating items that captured attention due to their provocative designs and expensive looks – furniture by Starck were items which would fit into every household with ease.

Just look at the Hot Bertaa kettle  and the W.W stool  for physical examples which help to highlight this point.

Look to Jean Prouve if you want to discuss someone who broke down barriers of the interior design industry during the 20th century.

With skills in both furniture design and architecture, Prouve was one of the main personas behind the introduction of the machine age who went about creating eye-catching pieces of furniture using such materials as aluminium and steel.

Hoping to get an up-close view of Prouve’s works? Well, just take a look around you – the designer helped make both the Potence Lamp and the Bibliotheque must-have interior design items.

This article was submitted on behalf of Lakeland Furniture , the home of many designer inspired pieces including dining chairs, bar stools, office chairs, tub chairs and much more.