Apart from obvious points such as size, quality and land area, the most important factor influencing the price of a house is its location. A restored or modernised two-bedroom house might cost €100,000 in a remote or unpopular area but sell for two or three times as much in a popular location. 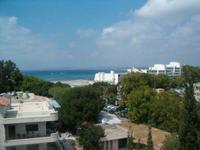 The closer you are to the coast (or Paris), the more expensive a property will be, with properties on the Côte d’Azur the most expensive of all. A Charente farmhouse with a barn and land costs around the same as a tiny studio apartment in Paris or on the Côte d’Azur.

Note that when people talk about ‘inexpensive’ homes, they invariably mean something that needs restoring, which usually necessitates spending as much as the purchase price (or much more) to make it habitable. The French think that the British are particularly insane for buying up their tumbled down farmhouses and crumbling châteaux. Few Frenchmen (although it’s becoming more common) share the British passion for spending their holidays and weekends up to their elbows in bricks and mortar! They do, however, have a grudging admiration for the British for their painstaking and sensitive restorations.

Despite the recent increase in property prices, a slice of la bonne vie needn’t cost the earth, with habitable cottages and terraced village homes available from around €100,000 and detached homes from as little as €125,000. In some rural areas it’s still possible to buy an old property for as little as €25,000, although you usually need to carry out major restoration work, which can cost as much as building from scratch. Modern studio and one-bedroom apartments in small towns cost from around €40,000 and two-bedroom apartments from €50,000. A modern two-bedroom bungalow costs from around €75,000 and a rural two-bedroom renovated cottage from around €100,000. However, if you’re seeking a home with several bedrooms, a large plot and a swimming pool, you will need to spend at least €200,000 (depending on the area), and luxury apartments in Paris and villas in the south of France can cost many hundreds of thousands of euros.

Prices in Paris are similar to other international cities (e.g London). In central Paris, €200,000 barely buys a one-bedroom apartment in some areas and it isn’t unusual to pay €2m for a luxury apartment in a fashionable area. Prices are calculated per m2, ranging from around €3,500 in the cheaper areas to €8,000 or more for a luxury property in the chic 8th and 16th districts (arrondissement). The average price of property in each district in August 2006 is given below. The average price of apartments in most other cities is between €1,000 and €1,500 per m2. 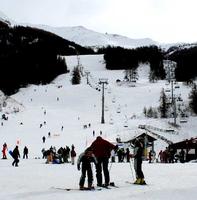 Property in ski resorts varies considerably in price according to the resort and the location of the property. A two-bedroom apartment in a less popular purpose-built resort costs from around €150,000, while a similar property close to the ski lifts in a top resort can cost €500,000 or more. Courchevel is one of the most expensive resorts anywhere in the Alps (and indeed anywhere in France), property costing between around €15,000 and €20,000 per m2 (Val d’Isère isn’t far behind at €10,000 to €15,000 per m2, Méribel costs around €9,000 and Morzine €6,000 while La Plagne is a snip at a mere €4,500 per m2). You can easily spend €1m to buy a family-size chalet in an average resort.

In addition to the purchase price, you must allow for various costs associated with buying a house in France, which are higher than in most other countries. Note that prices may be quoted inclusive or exclusive of agency fees. Make sure you know whether all agents’ fees are included in the price quoted and who must pay them. If you negotiate a reduction, check that the agent or vendor hasn’t excluded some fees from the price (to be added later).

Finally, note that it isn’t unusual for French vendors to strip a house bare and take everything, including internal doors and the kitchen sink, so when comparing prices make sure you know and allow for what’s included (and what isn’t).

When buying a property, it usually pays to haggle over the price, even if you think it’s a bargain. (Your idea of a bargain may not be the same as a French person’s.) Don’t be put off by a high asking price, as most sellers are willing to negotiate. In fact, sellers generally presume buyers will bargain and rarely expect to receive the asking price for a property (although some vendors ask an unrealistic price and won’t budge a centime!).

The practice of dual pricing (i.e. quoting higher prices to ‘rich’ foreigners) is rare; the prices advertised abroad are usually identical to those advertised in France. Nevertheless, in popular areas, asking prices may be unrealistically high (up to double the ‘real’ market price), particularly to snare the unsuspecting and ignorant foreign buyer. French owners are often astonished at the prices foreign buyers are prepared to pay for property and, although they will complain about foreigners pushing up prices when they need to buy, they seldom object when they’re on the receiving end! If a property has been realistically priced, you shouldn’t expect to obtain more than a 5 or 10 per cent reduction.

If you’re using an agent, it’s worth asking him what to offer, although he may not tell you, as he’s acting for the seller. It’s therefore wise to obtain an independent valuation (appraisal) to determine a property’s ‘true’ value. This can be provided by a number of experts.

Timing is of the essence in the bargaining process. Generally the longer a property has been for sale and the more desperate the vendor is to sell, the more likely a lower offer will be accepted. Some people will tell you outright that they must sell by a certain date and that they will accept any reasonable offer. In other cases, you may be able to find out from neighbours why someone is selling, which may help you decide whether an offer would be accepted. Buying a ‘distress sale’ from an owner who simply must sell is likely to result in the best deal. However, if you’re seeking an investment property it’s wise to buy in an area that’s in high demand, preferably with both buyers and renters. For the best resale prospects, it’s usually best to buy in an area or community (and style) that’s attractive to French buyers.

If a property has been on the market for a long time, e.g. longer than six months in a popular area, it may be overpriced (unless it has obvious defects). If there are many desirable properties for sale in a particular area or developments that have been on the market a long time, you should find out why; there may be a new road, railway or airport planned.

Before making an offer, you should find out as much as possible about a property, such as the following:

For your part, you must ensure that you keep any sensitive information from a seller and give the impression that you have all the time in the world (even if you must buy immediately). All this ‘cloak and dagger’ stuff may seem unethical, but you can be assured that if you were selling and a prospective buyer knew you were desperate and would accept a low offer, he certainly wouldn’t be eager to pay you any more!

If you make a low offer, it’s wise to indicate to the owner a few negative points (without being too critical) that merit a reduction in price. If you make an offer that’s too low you can always raise it, but it’s impossible to lower an offer once it has been accepted (if your first offer is accepted without haggling, you will never know how low you could have gone!). If an offer is rejected, it may be worth waiting a week or two before making a higher offer, depending on the market and how keen you are to buy a particular property. Note, however, that if you make a very low offer, an owner may feel insulted and refuse to do business with you!

Tip: Be prepared to walk away from a deal rather than pay too high a price.

Obviously you will be in a better position if you’re a cash buyer and able to close quickly. Cash buyers in some areas may be able to negotiate a considerable price reduction for a quick sale, depending on the state of the market and how urgent the sale is.

An offer should be made in writing, as it’s likely to be taken more seriously than a verbal offer.

Don’t be tempted by the French ‘custom’ of tax evasion, where the sale price declared to the tax authorities (prix déclaré) is reduced by an ‘under the table’ (sous la table) cash payment. If you’re buying a property direct from the vendor, he may suggest this, particularly if he’s selling a second home and must pay capital gains tax on the profit. (Obviously if the vendor can show a smaller profit, he pays less tax.) You will also save money on taxes and fees, though you will have a higher capital gains tax bill when you sell if it’s a second home.

You should steer well clear of this practice, which is illegal. If you under-declare the price, the authorities can revalue the property and demand that you pay the shortfall in tax plus interest and fines. They can even prosecute you for fraud, in which case you can receive a prison sentence! The authorities can also decide to buy a property at the under-declared price plus 10 per cent within three months of the date of purchase. If you’re selling a property, you should bear in mind that, if the buyer refuses to make the under-the-table payment after the contract has been signed, there’s nothing you can do about it (legally!).