Before taking TV sets, VCRs, DVD players and radios to France, you should consider both costs and compatibility. There are few programmes in English on French TV (terrestrial, cable or satellite); occasionally, English-language films are shown in version originale with French subtitles (a good way of improving your French).

Further details of television and radio services in France are contained in Living and Working in France. 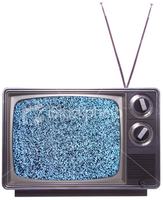 The standards for TV reception in France aren’t the same as in some other countries, and TV sets and video recorders (see below) operating on the PAL system or the North American NTSC system won’t function properly (or at all) in France.

If you want a TV set that will work in France (and other European countries), you must buy a multi-standard TV. Most new television sets available in France contain automatic circuitry that can switch between PAL-I (the UK), SECAM-L (France) and PAL-B/G (rest of Europe). If you have a PAL TV, it’s also possible to buy a SECAM to PAL transcoder that converts SECAM signals to PAL. If you decide to buy a TV in France, you will also find it advantageous to buy one with teletext, which apart from allowing you to display programme schedules, also provides a wealth of useful and interesting information. Note, that a SECAM standard TV isn’t required to receive most satellite broadcasts, which are different from terrestrial broadcasts.

A portable colour TV can be purchased from around €150 for a 36cm (14in) with remote control. A 55cm (21in) TV costs between €200 and €1,500 depending on the make and features, and a 82cm (32in) model from €750. Special offers can be up to 50 per cent cheaper than the prices quoted, particularly at hypermarkets such as But, Cora and Auchan or at appliance discount chains such as Darty and Boulanger.

A TV licence (redevance sur les postes de télévision) is required by most TV owners in France, costing €116 a year. The licence fee covers any number of TVs (owned or rented), irrespective of where they’re located, e.g. holiday homes, motor vehicles or boats (although the government is considering levying the licence on each set). Note also that, even if you have a foreign TV which you can use only for watching videos, you must have a valid licence! The licence fee is now levied in conjunction with the taxe d’habitation and is therefore payable in December each year, although it’s possible to pay in monthly instalments.

Cable TV is available only in French. Over 1,600 communes now have cable service (which sounds impressive until you realise that there are over 36,500 communes in France!). To check whether your town or commune is currently wired for cable television, internet or telephone services, check the website of AFORM, a French cable industry association (http://www.aform.org and follow the link for ‘Les villes câblées’).

France is well served by satellite TV (télévision par satellite); there are a number of satellites positioned over Europe carrying over 200 stations broadcasting in a variety of languages. BBC channels can now be received unencrypted (as can CNN, Euro News, Sky News and a few other channels); information is available on the BBC’s main website (http://www.bbc.co.uk ). The BBC’s commercial subsidiary, BBC World Television (formerly BBC Worldwide Television), broadcasts two 24-hour channels: BBC World (24-hour news and information) and BBC Entertainment. BBC World is free-to-air, while BBC Entertainment is encrypted.

For more information and a programme guide contact BBC World Television, PO Box 5054, London W12 0ZY, UK ( 020-8433 2221). A programme guide can be found on the internet (http://www.bbc.co.uk/worldservice ) and both BBC World and BBC Entertainment have their own websites (http://www.bbcworld.com  and http://www.bbcentertainment.com/europe ). When accessing them, you need to enter the name of the country (e.g. France) so that schedules appear in local time.

Any digital satellite receiver can receive the BBC, ITV channels 1 to 4 and other ‘free-to-air’ channels. If you live in the Nord-Pas-de-Calais region and have the appropriate aerial, you may also be able to receive British stations without a satellite system.

To receive programmes from any satellite, there must be no obstacles (e.g. trees, buildings or mountains) between the satellite and your dish, so check before renting or buying if being able to receive satellite broadcasts is important to you. You should also check whether you need permission from your landlord or the local authorities. There are strict laws regarding the positioning of antennas in urban areas, although in rural areas they’re more relaxed. Dishes can be mounted in a variety of unobtrusive positions and can be painted or patterned to blend with the background. It may be possible to bring a dish from another country and install it in your French home; for more information, visit http://www.wotsat.com