Taking care of the people you leave behind

It’s an unfortunate fact of life that you’re unable to take your hard-earned assets with you when you take your final bow. All adults should make a will (testament), irrespective of how large or small their assets.

The disposal of your estate depends on your country of domicile. As a general rule, French law permits a foreigner who isn’t domiciled in France to make a will in any language and under the law of any country, provided it’s valid under the law of that country.

Note, however, that ‘immovable’ property (immeubles) in France, i.e. land and buildings, must be disposed of (on death) in accordance with French law. All other property in France or elsewhere (defined as ‘movables’ – meubles) may be disposed of in accordance with the law of your country of domicile. Therefore, it’s extremely important to establish where you’re domiciled under French law. A possibility for a non-resident who wishes to avoid French inheritance laws regarding immovable property located in France is to buy it through a French holding company, in which case the shares of the company are ‘movable’ assets and are therefore governed by the succession laws of the owner’s country of domicile.

The part of a property that must be inherited by certain heirs (héritiers réservataires) is called the legal reserve (réserve legale). Once the reserved portion of your estate has been determined, the remaining portion is freely disposable (quotité disponible). French law is restrictive regarding héritiers réservataires and gives priority to children, including illegitimate and adopted children, although changes to inheritance law due to come into force in January 2007 remove the entitlement of living parents of a deceased person to inherit in preference to a spouse. 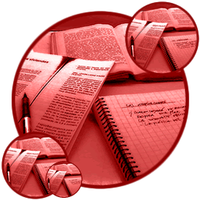 Under French law (code Napoléon) you cannot disinherit your children, who have first claim on your estate, even before a surviving spouse. However, a surviving spouse has the right to at least a quarter of an inheritance: if you die leaving one child, he must inherit half of your French estate, and two children must inherit at least two-thirds; if you have three or more children, they must inherit three-quarters of your estate. There are, however, many legal ways to safeguard the rights of a surviving spouse. If a couple has no surviving children, the deceased’s spouse inherits the whole estate apart from family possessions, half of which must go to any surviving brothers or sisters of the deceased. Only when there are no descendants or ascendants is the whole estate freely disposable – or in the unlikely event that an heir signs a pacte successorale renouncing his entitlement in favour of someone else (e.g. a child or grandchild).

Note the following information regarding wills in France:

French inheritance law is a complicated subject and it’s important to obtain professional legal advice when writing or altering a will.

It’s possible to make two wills, one relating to French property and the other to foreign property. Opinion differs on whether you should have separate wills for French and foreign property, or a foreign will with a codicil (appendix) dealing with your French property (or vice versa). However, most experts believe it’s better to have a French will from the point of view of winding up your French estate (and a will for any country where you own immovable property). If you have French and foreign wills, make sure that they don’t contradict one another (or, worse, cancel each other out, e.g. when a will contains a clause revoking all other wills).

There are three kinds of will in France: holographic (olographe), authentic (authentique) and secret (mystique), described below.

The most common form of will used in France. It must be written by hand by the person making the will and be signed and dated by him. No witnesses or other formalities are required. In fact it shouldn’t be witnessed at all, as this may complicate matters. It can be written in English or another language, although it’s preferable if it’s written in French (you can ask a notaire to prepare a draft and write a copy). A holographic will must be handed to a notaire for filing. He sends a copy to the local district court, where the estate is administered. A holographic will can be registered in the central wills registry (fichier de dernières volontés). For anyone with a modest French estate, e.g. a small second home in France, a holographic will is sufficient.

Authentic or Notarial Will

This is used by some 5 per cent of French people. It must be drawn up by a notaire in the form of a notarial document and can be handwritten or typed. It’s dictated by the person making the will and must be witnessed by two notaires or a notaire and two other witnesses. Unlike a holographic will, an authentic will is automatically registered in the central wills registry. An authentic will costs around e80.

A secret will is rarely used and is a will written by or for the person making it and signed by him. It’s sealed in an envelope in the presence of two witnesses. It’s then given to a notaire, who records on the envelope that it has been handed to him and that the testator has affirmed that the envelope contains his will. The notaire then files the will and sends a copy to the local district court where the estate is administered.